Google Maps: the fictional island of Skull Island has been added.

To promote the new Movie Kong: Skull Island the fictional piece of land has been added to Google Maps.

Soon we will have a new reboot of a franchise, this time King Kong. In order to promote the Movie Google Maps has teamed up with Legendary and Universal pictures to add Skull Island on the Map Server. The fictional island is located near the equator and a few thousand miles west of Peru and is labeled as an „archeological site“. 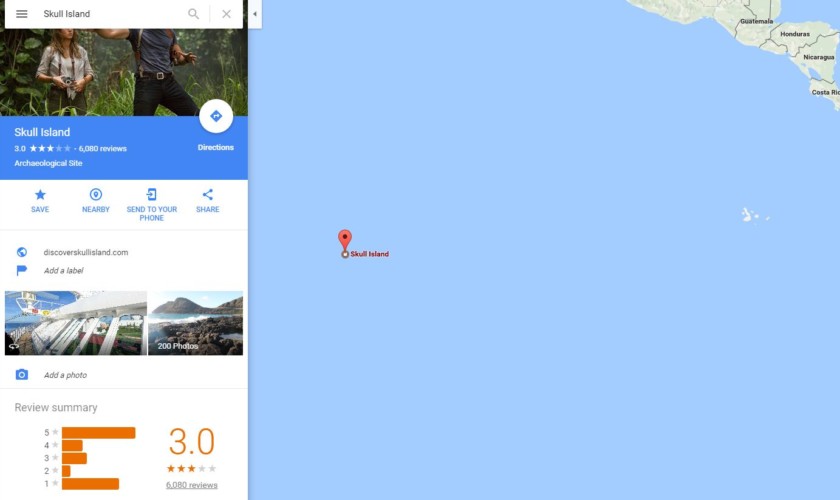 Google Maps lets the user add their own phantasy reviews and pictures of skull island as a promotion. So far over 6000 people engaged and shared their thoughts, resulting in a pretty cool summary and a few very charming images. The island itself would be pretty deadly to all of us since it is inhabitated by giant animals including our favourite ape King Kong. The movie is the second in a „monserverse“ quadrology, followed by Godzilla: King of monsters in 2019 and Godzilla vs. King Kong in 2020 .