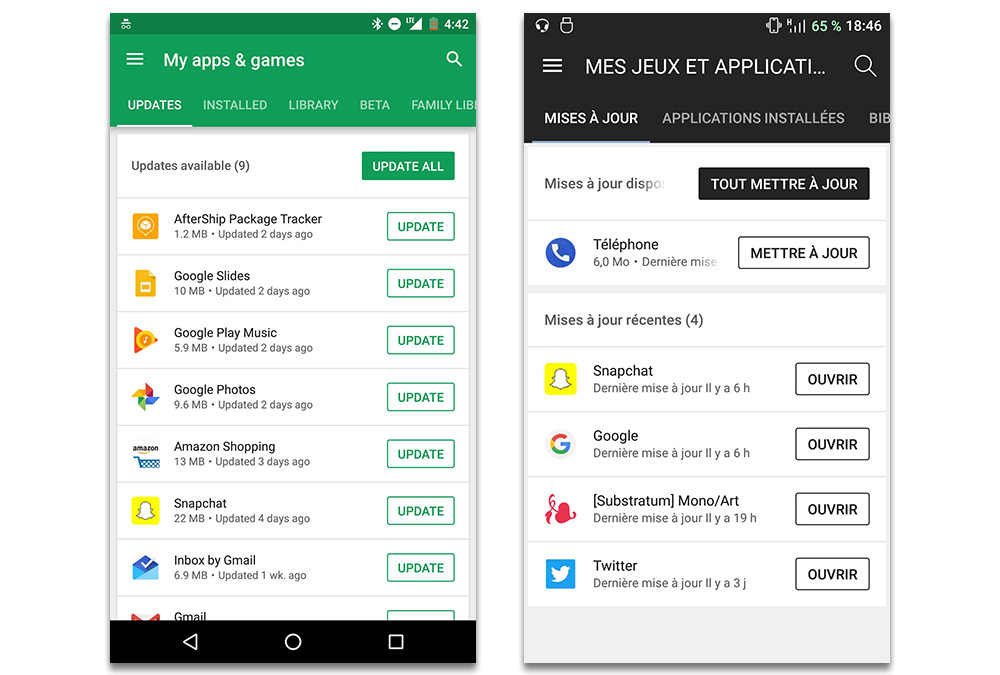 Well apparently the UI of the Google Play Store will get a nice little tweak.

As you can see in the Image above the Google Play Store will get a nice little UI tweak to make your life easier. It appears that the Update page now lets you update individual apps with only one tap. Previously you had to either update all or get on the app’s page in order to update a single app. It’s not the biggest update but it is a small step towards making your life easier and tasks simpler.