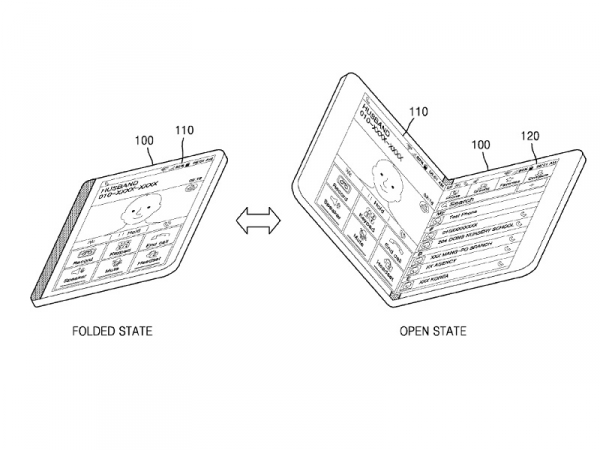 The US Patent and Trademark Office has posted a new Patent showing a Samsung Smartphone that folds like a book.

Ever since a concept Video of Samsung found it’s way to the internet we know that Samsung is really into making a fold-able smartphone, but with this posting we now know that they are definitely working on one. The US Patent and Trademark office posted a Patent from Samsung showing a concept of a model that will have a bendable screen and how that will work. The device folds vertical in the middle but it’s unclear in what direction. The Device with the Codename Project Valley will have the model number SM-G929F, which is right after the Samsung Galaxy S6 Edge+, so the rumors are starting to cook up if we’re looking at a follow-up model of the upcoming S7. basically the new formidable Device will be a two-in-one Device that could be used both as a Phone and a Tablet.

Some people also say that there is a chance that a Device like that could be presented or even launched in 2016, but there is now official statement about that yet. As always I will keep my ears and eyes open, to get every new Detail about that interesting Project.